The Creation of Undine 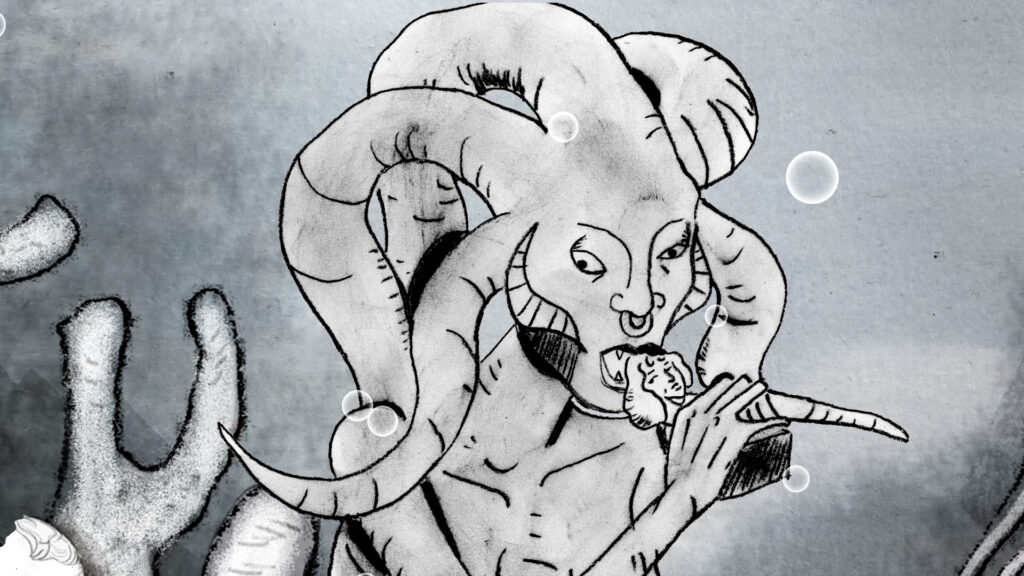 About Undine, the animated opera

In the summer of 2018, vocalist and performer Stefanie Janssen was singing in an oratorio project at the Theater by the Sea festival in Oostende, Belgium. While she was there, she read the book Stil de tijd (Time on Our Side) by Joke J. Hermsen. In the book, Hermsen discusses Ingeborg Bachmann’s novel Malina (1971), about Undine. Stefanie was fascinated by it. “It is a story that’s both a declaration of love for human beings and an accusation against them. She writes that hidden within each of us there is an Undine, a mermaid, which, however invisible and unnameable, responds to our urge to break the fetters of conscious identity and the age in which we live. Only when we open ourselves up and dare to take the risk of our certainties collapsing can we breathe freely and gain new insights.” Inspired by these words, Stefanie investigated the role of the mermaid in the arts and decided to make a music theatre production out of it.

The compositions were created by Stefanie Janssen and Michaël Brijs. They chose a contemporary classical style, larded with influences from pop music. The compositions form an expressive interplay of cello, flute, percussion and electronics. Producer Richard van Kruysdijk used the electronic layer to link the visuals with the songs.

Due to the rapid shifts in ecology and sociology and the changes in human behaviour and thinking that accompany them, many people are looking for balance. We are trying to learn how to deal with the unknown, with huge changes and their significance for our identity. Undine is a theatrical representation of such a search. Magic and imagination play a central role, whereby the mermaid is a metaphor for the blurring of boundaries between humans and nature, between reality and fantasy; a metaphor for a new, fluid reality. Magic creates room in our thinking, with Undine symbolizing both an escape from a dreary, numbed existence and our complex ties with the earth and nonhuman creatures.

Whereas the heroines in traditional operas and fairytales about mermaids often sacrifice themselves and die for the love of a man, here women’s autonomy, or its re-appropriation, is central, even in the face of death.

the first level is the libretto;
the second is the music;
the third is the visuals (animation);
the fourth is the level of theatricality.