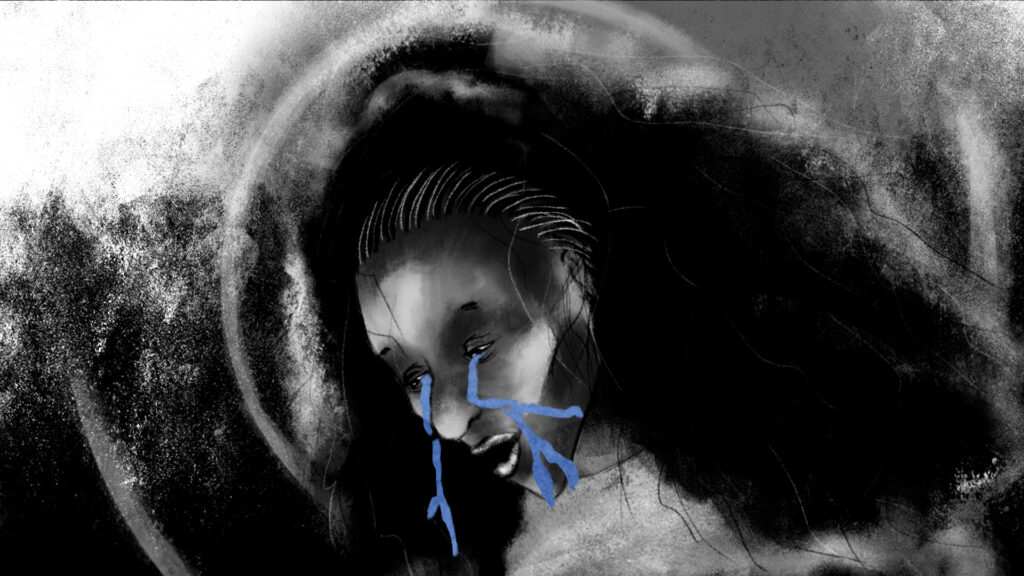 Undine, an animated opera about the disruptive power of an addicted mermaid.

A mermaid addicted to plastic disrupts the thoroughly boring lives of a burnt-out female plumber and her neighbour, a lonely philosopher. Can they still ignore the repressed longings that the mermaid has aroused?

Short synopsis
An epidemic of addiction is raging in the world of mermaids. The mermaid Undine is addicted to hard plastic! In search of her daily dose, she ends up moving between an aquarium and a hydroponic garden in an apartment building in the middle of a city. There she meets the deeply unhappy Rodmenia, the wife of a tailor, and her neighbour Anselmo, an eccentric philosopher. Undine stays in the aquarium in Anselmo’s study, where she appeases her addictive hunger with plastic busts of famous philosophers.
Undine’s arrival shakes Rodmenia and Anselmo out of their respective ruts. The two neighbours become obsessed by the mermaid. Her magic world, in which she manipulates and seduces, stirs up an unprecedented desire for something glorious. Whereas Rodmenia sees this as a chance to escape her lonely, depressing existence and take charge of her own life, Anselmo sees Undine as a trophy, and the answer to the philosophic questions upon which his life has foundered. They each abandon themselves to their excessive desires, with far-reaching consequences.

The work is divided into three acts of nine minutes each. Each act tells the story of a different character. The animated opera consists of instrumental music, vocals and black-and-white animations drawn by three different artists, all of whom are affiliated with the highly awarded Irish animation studio, Paper Panther Productions.